Everybody was surprised and delighted yesterday when Chris The Gardener found an unexpected animal in one of his live rabbit traps. It was the unusual smell which first alerted him as he approached the trap, which was in the corner of the walled garden in front of How Hill house. Closer inspection revealed an extremely cute and incredibly stinky European polecat – what a catch! The polecat was understandably quite jumpy and keen to be on its way so it was immediately released back into the garden. Chris hopes that it will help to keep the rabbit numbers down, many of which rudely ignore the rabbit-proof-fence which surrounds the How Hill gardens.

Polecats were once common in the area but were almost wiped out by hunting because of their appetite for chickens and game birds. This is the first confirmed sighting of a polecat at How Hill for many years, although during the summer one school’s nocturnal camera traps did capture footage of a ‘mystery animal’ which now seems likely to have been a polecat. It is believed that polecats first returned to the Thetford area of Norfolk in 2010, and they have been slowly extending their range ever since. 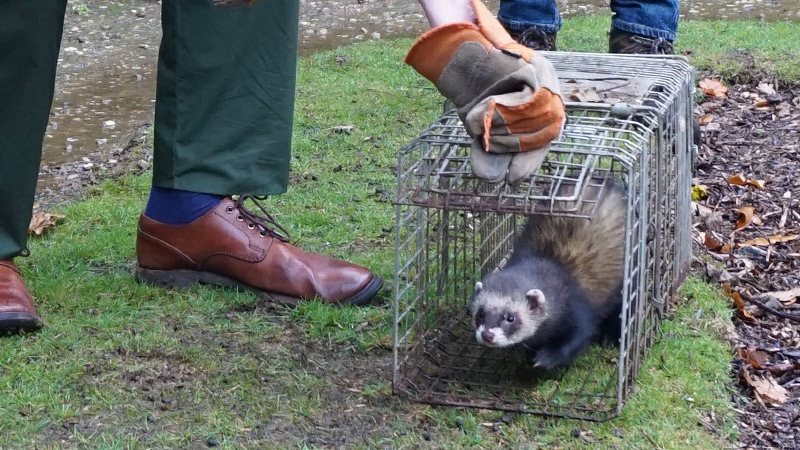